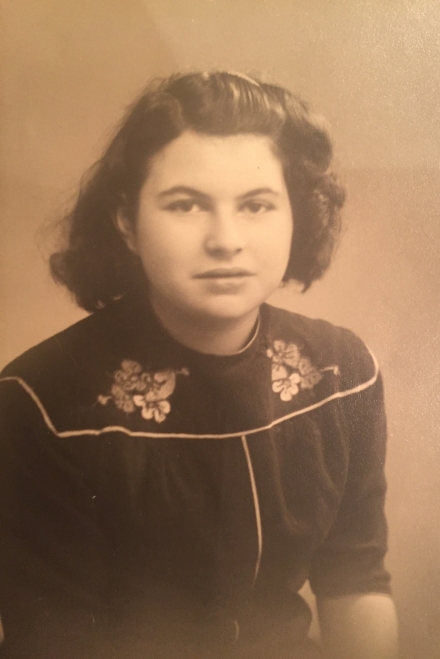 January 27 is International Holocaust Remembrance Day, a day the United Nations chose to recognize the six million Jews murdered during World War II as well as a date associated with the liberation in 1945 of the extermination camp, Auschwitz-Birkenau.

Recently scholars have come to frame the Holocaust as a family event. So often the Holocaust is discussed as the genocide of six million, but that is a version of the historical record relegated to numbers. In fact, the Nazis and their collaborators targeted the Jewish family for extermination, the very center of Jewish life.

I am currently writing a book about a Jewish family from France murdered at Auschwitz-Birkenau. The story of family devotion runs through the heart of my book. The Fersztenfelds, Solomon, Dvorah and daughter Malke came to France from Poland in 1923; in 1926 another daughter was born, Esther. Malke became Marie in Paris and went on to marry an Englishman and leave France before World War II began. She survived the Holocaust, but her parents and younger sister did not. Solomon, Dvorah and Esther, the latter a French naturalized citizen, were arrested in one of the most notorious episodes of Holocaust history in France, the July 16-17, 1942 Vel d'Hiv roundup, in which some 13,000 Jews were arrested, over 4000 of them children like Esther who was 15 at the time. Kept under guard in a bicycle stadium for four days with no food, water, or sanitation, the Fersztenfeld trio were eventually sent to an internment camp called Pithiviers near Orléans. From there, Dvorah was deported to Auschwitz-Birkenau on August 3, and Solomon and Esther followed on September 18, 1942. None of them survived.

As a French citizen, Esther had had the option of staying in her apartment the morning of the arrest. But as a good daughter, she chose to go with her parents; her father was going blind, and her mother was recovering from a stroke. How could she have abandoned them?

The Fersztenfelds were a loving family. Before their arrest they wrote often to Marie in London, the child Dvorah acknowledged was "so much in my heart." "Papa doesn't stop talking about the grandchildren," Dvorah wrote, "and Esther greets and kisses you millions of times." "If only the world were quiet," she continued, "I would come to see you dear children, on all fours, in the middle of the night I would come to you."

Researching the Ferztenfelds has taken me to many archival sites in Washington, D.C. as well as in France, England, Poland, and Israel. More specifically I have become friends with the descendants of Marie, her son Leon Magar in London and grandson Jonathan Kalman in Jerusalem. They opened their hearts and family archive to me. A close-knit and loving family still, Holocaust trauma remains embedded in their family narrative, a pain that never goes away.

This January 27, ODU's Institute for Jewish Studies and Interfaith Understanding (IJIU) encourages you to remember Solomon, Dvorah and Esther Fersztenfeld as well as the lives and families of all Holocaust victims. Antisemitism and racial hatred remain ongoing problems within our own society and in the wider global context, forces we must continue to denounce and reject.

Annette Finley-Croswhite is a history professor in the College of Arts and Letters. The Holocaust is one of her areas of expertise. She sits on the IJIU Faculty Advisory Board.