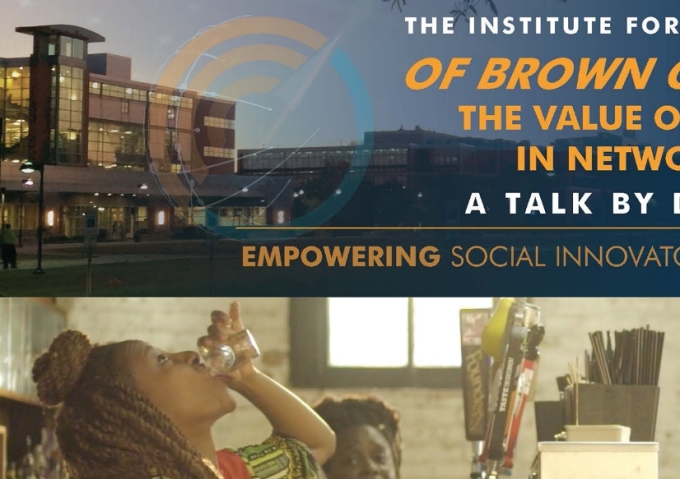 Dr. Aymar Jean Christian is an Assistant Professor of Communication Studies at Northwestern University and the founder of Open TV (Beta), a web platform for queer indie artists of color. Open TV's mission states, "television must be open to diverse identities and their experiences, so we are committed to developing work from artists most often left out of commercial production: queer, trans, and cis-women and people of color." In its first cycle of programming, OpenTV released 9.5 hours of original programming, including six original series, both narrative and documentary.

Open TV and its series have been funded by both The Chicago Digital Media Production Fund (CDMPF) and The Propeller Fund as well as a grant from the Sexualities Project at Northwestern (SPAN). Series creators have also crowdfunded over $12,000 to supplement grants.

Mapping Lambert's Point collects oral histories from longtime residents of the predominantly lower-income neighborhood about significant places in the community, whether still standing or long gone, and then embeds those stories in a virtual map using geotagging. The project draws on principles from cultural geography, museum studies, and public history in order to provide the Lambert's Point community (which is adjacent to ODU) with a forum for sharing their experiences and perspectives.

MediaCommons Field Guide is an open-access hub for scholarly conversation about born-digital research, pedagogy, evaluation, publication, and community-building; a forum for touchstone issues in the digital humanities. MediaCommons operates several ongoing projects including In Media Res, (in)Transition, Alt-Ac, The New Everyday and the Field Guide. The Field Guide is intended to generate conversations about future directions for higher education, scholarship, pedagogy, and the humanities.

Through our Humanities in Hampton Roads initiative, we aim to provoke critical conversations within and across communities in the Tidewater area through the arts, popular culture, and through town hall discussions. Importantly, these initiatives are often student-led and student-driven, which offers invaluable service learning and leadership training opportunities.

Your generosity helps us fund student scholarships, sustain our outreach initiatives, and keep the Institute for the Humanities at the forefront of socially progressive and innovative research and community engagement efforts.

To donate, use the link below and select "Other" from the "I would like to support" drop down menu, then type "Humanities" into the "Other" section.