Of Brown Girls and Brujos: The Value of Intersectionalality in Networked Television 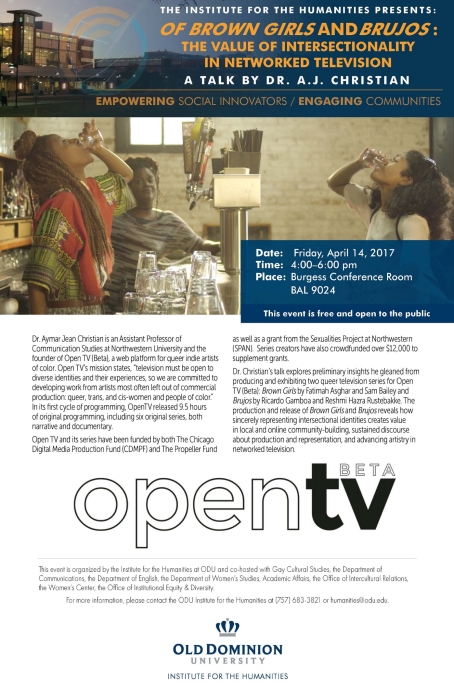 Dr. Aymar Jean Christian is an Assistant Professor of Communication Studies at Northwestern University and the founder of Open TV (Beta), a web platform for queer indie artists of color. Open TV's mission states, "television must be open to diverse identities and their experiences, so we are committed to developing work from artists most often left out of commercial production: queer, trans, and cis-women and people of color." In its first cycle of programming, OpenTV released 9.5 hours of original programming, including six original series, both narrative and documentary.

Open TV and its series have been funded by both The Chicago Digital Media Production Fund (CDMPF) and The Propeller Fund as well as a grant from the Sexualities Project at Northwestern (SPAN). Series creators have also crowdfunded over $12,000 to supplement grants.