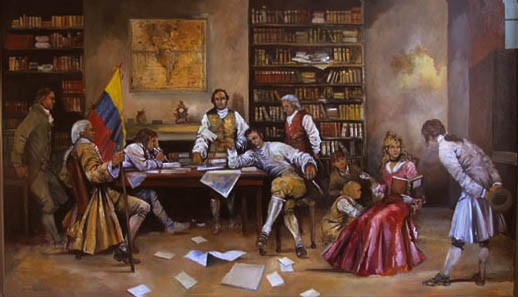 Simón Bolivar is remembered today as the greatest leader of South American independence. Highly influenced by the examples of the United States, the French Revolution and Napoleon, he led a massive revolt against Spanish colonial rule in South America, beginning in 1810. He personally dominated the revolutionary period until his death in 1830, but struggled to consolidate the revolution. Success initially inspired hope for a fully-unified Spanish South America, Bolivar's Gran Colombia, which led from 1819 to 1830, including today's countries of Colombia, Ecuador, Panama, Peru and Venezuela.

Bolivar believed only authoritarian government was possible in such a diverse region. But unable to maintain unity against strong regional interests, he gave up in 1830, famous confessing 'all who served the revolution have plowed the sea'.

Did it have to end this way? Could Bolivar have succeeded in his effort to create a unified South American super-state? Could South American regional leaders achieved the domestic political goals of the American and French Revolutions?