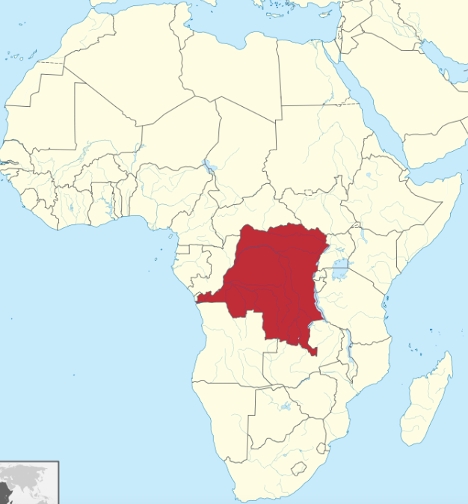 Angola, with Cuba and South Africa, major actors in the civil war, with support from East Germany and the Soviet Union, and United States. Map: Wikipedia.

For twenty-seven years, from 1975 to 2002, the Angolan civil war the most destructive of its era, where ideological and ethnic rivals fought for control, sustained by foreign sponsors. The only war of the era that matched its destructiveness was the 1980-88 Iran-Iraq War.

The Angola war quickly escalated into one of the most dangerous confrontations of the late Cold War, as the Soviet Union backed its ideological allies and brought in a large, proxy military force from Cuba to fight with them. The officially racist (Apartheid) government of South Africa, threatened by chaos and Soviet presence to its north, rushed in to support the rival side, with quiet assistance from the United States, also anxious to balance the expansion of Soviet influence.

This crisis simulation focuses on the most destructive and unpredictable years of the conflict, 1975-92. Modest changes might have led to radically different outcomes. Simulation participants will find opportunity and alternatives much as their real counterparts did, with possibilities to transform the Cold War, Angolan and world history.