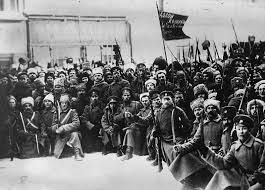 Greek heroes consult during the Trojan War, shown on a fresco at Nero’s Palace, in Rome.

Background Guide: The Gods of the Trojan War

The Trojan War was the greatest event of Greek mythology. Immortalized by Homer in The Iliad, it is the basis of Western literature. The war, whether it is historic or mythic, started with the abduction of Helen. The events that followed, as related by Homer and later by Virgil, shape the expectations and conduct of every Mediterranean civilization of the ancient world. The Trojan War helped create the mind of every person touched by Western Civilization to this day.

The Trojan War is remembered not only for its deep humanity, but for its exploration of the relationship between human ambitions and forces far beyond human control. For on the fields of Troy, the Gods were as active as any mere human participant. While humans fought, suffered or triumphed, the Gods pulled and twisted the possibilities, making the war a divine event even more than a human one.

Who will dominate this replaying of the Trojan War? Will the Gods or Olympus remain at the center of events, encouraging and defying what mere men can achieve? Or will the lowly humans begin to assert their own autonomy from divine whims?