The undergraduate program in accounting at Old Dominion University is one of a select group in the country with separate accreditation from AACSB-International. The program provides a broad-based education with a variety of career objectives. The Accounting General concentration (AG) provides students with technical accounting knowledge and the ability to analyze problems, communicate solutions, interact with colleagues, and successfully handle ethical issues appropriate for staff-level positions. Our undergraduate accounting program not only prepares you for your first accounting job, but also for graduate study or accounting certification examinations. The program attracts students transitioning from the military, all races, foreign undergraduates from a variety of countries, about an equal number of men and women, as well as both older and traditionally aged college students. We also do a booming business in second degree seekers. And, believe it or not, the faculty are very helpful whether it is questions about classes, school, interviews, jobs, or personal concern.

What makes Accounting at ODU unique?

What are some careers in this field?

Check out these ideas from ODU Career Development Services and the Occupational Information Network (O*NET). A median salary is the midpoint of what people typically earn—half of those surveyed earned above the median salary, and half earned below.

Analyze financial information and prepare financial reports to determine or maintain record of assets, liabilities, profit and loss, tax liability, or other financial activities within an organization.

Directly supervise and coordinate activities of sales workers other than retail sales workers. May perform duties such as budgeting, accounting, and personnel work, in addition to supervisory duties.

What are some courses offered in Accounting at ODU?

This course is required for students following the accounting curriculum in the 2015-16, 2016-17, 2017-18, and 2018-19 Catalogs and should be taken only by these students. An analysis of federal income tax law and its application to personal and business tax situations. Reconciliation of tax and accounting concepts. Students must have a C- or better in ACCT 421 to graduate with a major in accounting. Students in the Accounting Major Professional concentration or seeking admission to the MSA program must earn a grade of B- or better. Prerequisites: ACCT 301 with a C or better for accounting majors or FIN 431 with a C or better and a declared major in the University or permission of the Dean

This course is required for students following the accounting curriculum in the 2015-16, 2016-17, 2017-18, and 2018-19 Catalogs and should be taken only by these students. This course focuses on recording and allocating costs within traditional managerial accounting systems. Common and joint cost allocations are performed under job order, process and standard costing systems. Income models are developed for exploring cost-volume-profit relationships. Students must have a C- or better in ACCT 311 to graduate with a major in accounting. Students in the Accounting Major Professional concentration or seeking admission to the MSA program must earn a grade of B- or better. Prerequisites: ACCT 201 and ACCT 202 or ACCT 226 and ACCT 227; ACCT 301 with a C or better or ACCT 305 with a C or better; BNAL 206; junior standing; and a declared major in the University or permission of the Dean

What are the requirements to apply for Accounting at ODU?

Estimated rates for the 2021-22 academic year. Rates are subject to change. Anyone that is not a current Virginia resident will be charged non-resident rates. That includes international students.

Technology Delivered Courses Outside Virginia and/or the United States

Here are a few ways for you to save on the cost of attending ODU. For more information visit University Student Financial aid

I like this program. What are the next steps?
Apply Now Request Info

Our enrollment coordinators are ready to help you through the admissions process. 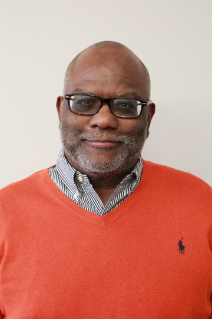 I like this program and want to transfer. What are my next steps?

At ODU, we understand that as a transfer student you have unique needs that require a wide array of campus resources. The Center for Advising Administration and Academic Partnerships aims to create a transfer inclusive culture that supports the successful transition, engagement, and academic achievement of transfer students. The services and programs offered to you as a Monarch are endless so take advantage of every opportunity. Even before you set foot on campus, we encourage you to Explore, Experience, and Engage! Visit our Transfer Students page for more information.

Are there other programs at ODU I may be interested in?

With over 120 undergraduate programs, 130 graduate programs at the master's, education specialist and doctoral levels plus a wealth of certificate and professional development programs, Old Dominion University has the program for you. Visit our academic program listing page to see other programs ODU has to offer.