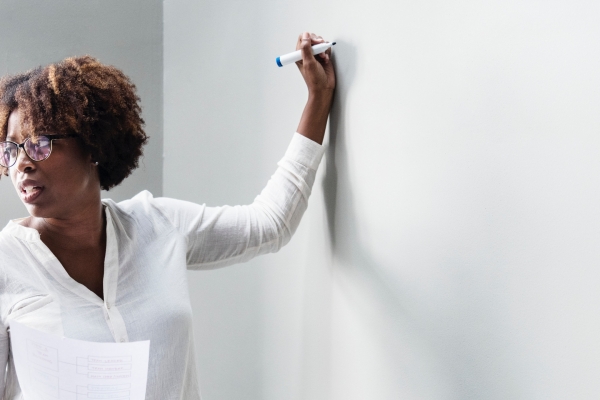 Alicia Moore arrived at Southwestern University in 2001. When she arrived only one of the 106 full-time faculty members at the entire central Texas college was African American like her. The only African American faculty member was in the same department, and she became a mentor to Moore, helping her navigate the waters of academe at a small liberal-arts institution where most students, and most faculty members, are white. Moore thought, opportunities to expand networks and demystify academe could make that climb easier. That's the idea behind Focus, or Faculty of Color Uniting for Success, which centers on annual summer workshops that offer direct support. Moore and her Southwestern colleagues collaborated with their counterparts at two other small, liberal-arts colleges in the South, Hendrix College, and Millsaps College, to create the program, which is funded by a grant from the Andrew W. Mellon Foundation administered by the Associated Colleges of the South.

At Southwestern, Hendrix, and Millsaps, the racial imbalance between faculty members and students is even greater. More than a third of students at each of those colleges are students of color, but the faculty of color average 11 percent. As there are not many faculty members of color, it piles up on the fewer shoulders of faculty in supporting students. She was told that, "It's not your job to fix your institution's problems around race and diversity. It's your job to get tenure."

The inaugural Focus workshop held in June 2018 on South western's campus, was designed to color in that outline. Faculty members attended sessions titled "Transitioning from Pre-tenure to Tenure" and "Navigating Service Expectations: Advising Students of Color/Advising Resources. They also discussed not just how to be a mentor, but also how to find a mentor and how to know if they were asking too little or too much. That space allowed people to be open.

Read more at the Chronicle of Higher Education

The Provost's Award for Leadership in International Education was established in 2001 to recognize Old Dominion faculty members who have... (More)