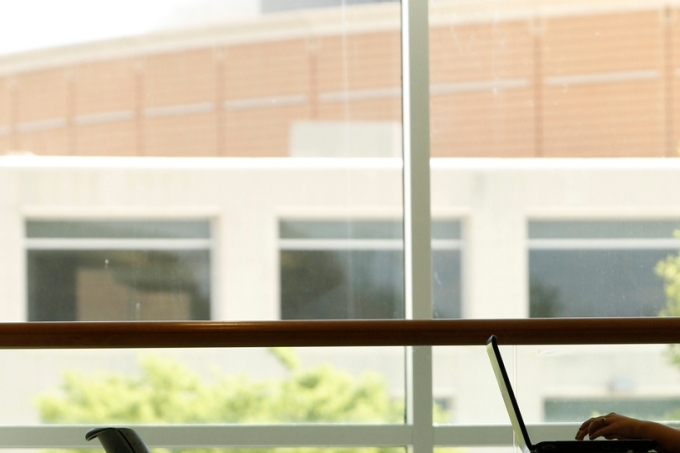 Old Dominion University (ODU) is a comprehensive, multicultural, and student-centered residential university that enjoys tremendous advantages from its unique coastal location within a thriving metropolitan region adjacent to major maritime and military installations and within easy reach of the nation's capital. Metropolitan Hampton Roads' location provides a rich living laboratory for many of ODU' academic and research pursuits, including environmental, marine, and natural sciences and engineering associated with the Chesapeake Bay and the Atlantic Ocean. The region is host to an extensive and comprehensive public education system and several community colleges and universities, with which ODU has long-standing and strong collaborations. ODU's co-location with an exceptional array of major local and federal government facilities and organizations presents opportunities for mutually beneficial partnerships, such as with the Jefferson National Laboratory, NASA Langley, Virginia Port Authority, and teaching hospitals such as Eastern Virginia Medical School and Sentara Norfolk General Hospital, among others.

Building on its history and inherent advantages, the Old Dominion University Strategic Plan: 2005-2009 guided the direction of the University over the previous planning period while allowing the University to take advantage of additional unanticipated opportunities.

During the past five years, a complete review and revision of the University's undergraduate general education program was accomplished, focusing on the targeted learning outcomes for each academic area. The University conducted a program evaluation that culminated with an indepth Academic Program Review process. Programs with waning demand and low productivity have been reduced. A number of doctoral programs have been added in high-need areas, including: Ph.D. programs in English; public administration and urban policy; health services research; education; criminology and criminal justice; chemistry; and professional doctorates in nursing practice and engineering. Several of these programs offer multiple options that doctoral students may pursue. The 2008 US News and World Report guide to university graduate programs ranked Darden College of Education and Professional Studies as a Top 100 graduate school of education; the College placed for the first time at #96. New bachelors programs include: Asian Studies; African American Studies; Maritime and Supply Chain Management; and, most recently, Modeling and Simulation. An increasing number of departments are providing the opportunity for undergraduates to write a senior honors thesis.

To better coordinate academic advising, career management, and other student services aimed at retention, University College was established in 2006 through reorganization and merger of several separate services into a single unit. Planning for a Student Success Center was completed and construction scheduled for 2009-10. It will be co-located with a new Learning Commons in the Perry Library to form a campus focal point for students that provides academic support, including academic advising, testing, and tutoring services, and access to technology in support of out-of-class assignments. Online tools have been purchased to facilitate efficient and accurate advising for students. On the graduate level, enhancements include implementation of dissertation fellowships that include travel awards, and a doctoral mentoring award.

Between 2005 and 2008, the number of research and teaching faculty positions increased by 90 to approximately 720 full-time equivalent positions, of which 40% are female. Endowment-funded chairs for distinguished senior faculty were established and start up funding to recruit new research faculty has been increased. Several nationally-recognized faculty have been recruited to work in multi-disciplinary clusters and teams in modeling and simulation, biomedical sciences, bioelectrics, and computer sciences. University and external awards in teaching and research excellence were emphasized and in the past five years, 11 faculty members have earned the competitive and prestigious Virginia Outstanding Faculty Award. External faculty awards also included National Academy appointments, Fulbright Awards, and Fellow status in various professional societies for mechanical engineering, counseling, kinesiology and physical education, electrical and electronics engineering, ergonomics, engineering management, geoscience, human factors, physics, nursing, and speech and hearing. Increasing faculty salaries to the 60th percentile of peers by 2007 enhanced faculty retention efforts.

The number of faculty who serve in leadership roles in national and international professional organizations continues to increase each year. Faculty publications in peer-reviewed periodicals, books, and conference presentations have increased substantially. Faculty articles have been accepted by prestigious journals, such as Nature and Science, and are attracting positive attention from the national media, such as the New York Times and The Chronicle of Higher Education.

The University's research profile has improved substantially by a number of measures. Overall research expenditures have nearly doubled between 2002 and 2008. ODU's ranking increased among public universities in federal source Research and Development expenditures for NASA, Department of Energy, National Institutes of Health, and the National Endowment for the Humanities. Substantial federal and state funding was obtained for the multidisciplinary Virginia Modeling and Simulation Center (VMASC), which is managed through the Office of Research, and the Virginia Coastal Energy Research Consortium (VCERC), headed by ODU faculty. Individual program areas that increased their research expenditure rankings include aerospace engineering, economics, education, electrical engineering, humanities, mathematics, oceanography, political science, sociology, and visual and performing arts. Interdisciplinary research efforts were greatly strengthened in modeling and simulation, bioelectrics, teacher education/K12 education, coastal energy research, and molecular medicine. Emphasis increased in the areas of alternative energy sources and health sciences research. Recognizing ODU's particular strengths in physics, a new Center for Accelerator Science has been developed in partnership with the Jefferson Lab.

The University's economic development activities have been focused in three areas: partnership with business; workforce development; and, regional business attraction, expansion, and creation. Some of the University's efforts, such as the development of modeling and simulation technologies, extend across all three categories and form an important economic development platform. The University is committed to working with local companies through the Innovation Research Park (IRP), which offers tenants Class A office/wet lab/dry lab environments and easy access to ODU's research faculty. Tenants are specifically selected to provide research, commercialization, and translational opportunities for companies and organizations. The Virginia Applied Technology and Professional Development Center offers translational and consulting relationships to companies to help solve their business problems. Beyond its main campus, ODU maintains three higher education centers and the TELETECHNET distance delivery network, through which a variety of undergraduate and graduate academic programs are offered. The directors of the higher education centers reach out to local businesses with training classes and continuing education offerings that can be customized for employees.

Dramatic growth in academic facilities has been accomplished in recent years, including: complete renovations of the Batten Arts and Letters and Health Sciences buildings; major additions to the Oceanography and Physical Sciences Building; the completion of the Engineering and Computational Sciences Building in 2004 and the Kaplan Orchid Conservatory in 2008. Substantial increase in research and business entrepreneurial space has been realized by the opening of Innovation Research Park (IRP) Buildings I (in 2007) and II (in 2009) in the University village. A variety of additions and new constructions were completed to support the University's growing athletics program, including the Powhatan Sports Complex, the new Folkes-Stevens Indoor Tennis center, and construction of the Ainslie Football Complex in tandem with a full renovation to the Foreman Field at SB Ballard Stadium in preparation for the start of ODU's new Monarch Football season in Fall 2009. A state-of-the-art Sports and Recreation Center that includes an indoor pool, track, and climbing wall, opened in summer 2009 adjacent to new student residence halls and the Roseann Runte Quad. The University's TriCities Center was constructed in Portsmouth adjacent to the Virginia Modeling and Simulation Center in Chesapeake. In support of the computational infrastructure, the National Lambda rail and Hampton Roads research grids have been implemented. Other infrastructure projects include the addition of several new parking structures and storm water management constructions.

With the completion of construction in the University Village, along with a major investment in residence hall accommodations (from 2,285 to 4,610 beds) on both the east and west sides of Hampton Boulevard, the plan for the emergence of a truly residential campus has been realized. In addition to the new residence halls, the campus area now boasts a full-service Recreation Center, a new campus bookstore, a variety of restaurants, the Gordon Art Gallery, and regularly scheduled events in the highly successful Ted Constant Convocation Center. Additional housing development by a private entity is anticipated in the next two years in the University Village area.

A formal Enrollment Management structure was implemented in 2008, to allow for Universitywide coordination of recruitment, admission, orientation, enrollment planning, financial aid, retention and graduation processes. After thorough study, the University elected to target a less aggressive enrollment growth position than in prior years. However, the recent dramatic downturn in the economies of the Commonwealth and nation has encouraged more students to seek degree completion programs, alternative careers, and advanced degrees, all of which will make enrollment planning more challenging for the next few years.

A series of budget cuts beginning in FY 2007-08 reduced the state portion of the University's operating budget by about 14 percent, from $106 million to $94 million in FY2009/10, and further reductions are anticipated. During the same period, student headcount and FTE enrollment will have increased by more than 1,200. Despite the decline in state funding, annual tuition increases have been kept in the five to seven percent range. A four-year financial plan was developed and approved by the Board of Visitors in June 2009 that included use of one-time federal stimulus money to allow University units to engage in long term resource planning despite the cuts in state funding. The continuingly uncertain external financial environment will provide the University its biggest challenge in realizing its plans for 2009-2014, and the strategic planning process took this challenge into consideration.