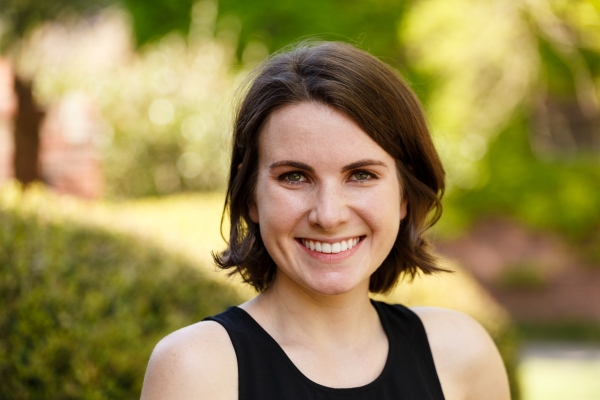 Her story: Estes, 23, started at Christopher Newport University but transferred to ODU after a semester to focus on international studies and languages. She received scholarships to study in Morocco for a summer and Jordan for a year. Participating in a few digs in Jordan made her reconsider her interest in archaeology - "It takes a toll on your back and knees" - but her overseas experiences sparked a new passion.

How about another major?: Estes became taken with Islamic art. She was particularly fascinated with the Hagia Sophia, a former mosque and Greek Orthodox church in Istanbul, Turkey. Like international studies, art history knits together disciplines such as politics, religion, history and philosophy. So she decided to add it as a second major: "I see them going very well together."

What she's gained from the Honors College: "They were very supportive of me achieving my goals. I knew what I wanted to do; they provided me with the resources to help me get there."

What she did at ODU: Estes graduated with a 4.0 average. She participated in the English Language Center's Conversation Partner Program, helping students from Saudi Arabia and Kurdistan polish their English skills. She also was one of two art students who spoke at last month's groundbreaking for the Barry Art Museum.

Her hazy future: "I'd like to combine everything I'm interested in. The problem is, I have too many interests in too many things. But that's the best kind of problem to have." Estes' next stop is another country in the Middle East: She received a scholarship to attend the SALAM (Summer Arabic Language and Media) summer program in Oman, studying the use of Arabic in the news media.

Estes' reputation: "She's one of the best students I've seen," said Anne Muraoka, an assistant professor of art. "She's an independent thinker. She's able to navigate through a lot of source material, and she's articulate in both the written and oral platforms." 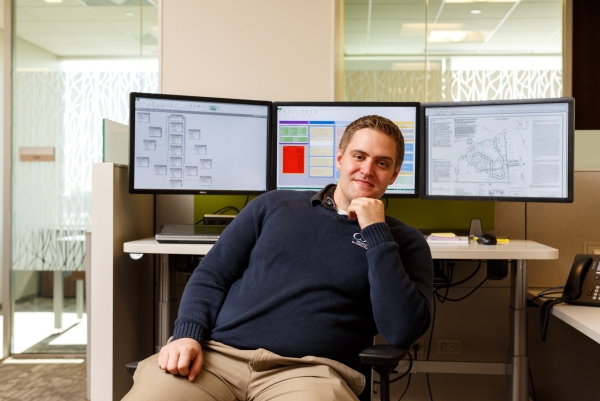 His story: He spent four years in the Navy as an aviation electronics technician, fixing flight computers. At ODU, Gail earned a 3.92 GPA and this month won the awards for "top accounting student" and "top business analytics student" before graduation.

His future: Gail, 31, landed a job at CSG Strategic Tax Consultants, an affiliate of the Norfolk accounting firm of Wall, Einhorn & Chernitzer, where he interned earlier this year.

On the Honors College: "It's not for someone who's afraid to do a little extra work," he said. For Gail, the benefits included the ability to register early for classes and the requirement to attend at least one campus lecture each semester. He was most impressed by Alan Gross, who was imprisoned in Cuba for five years. "In the Navy, I saw training videos about what captivity would be like in a hostile country, and I go to ODU and see someone who went through it."

Gail particularly appreciated the "contract courses" - regular classes that provide additional assignments for honors students. He took five of them. "You get a little more out of each class. It requires you to think about the subject that you're studying." In a cost accounting class, for instance, Gail had to create a budget for a fictional company.

His reputation: "He walked around the office looking for things to do when there was a lull," said Jeff Floyd, controller for E.V. Williams Inc., where Gail interned last year. "That's the type of guy that John is. He looks for ways to add value, and he's good at adding value. He tried hard, and he's ambitious, and it pays off for him."

His take on Old Dominion: "This is the fourth school I've been to. It's much more challenging than any of the others." 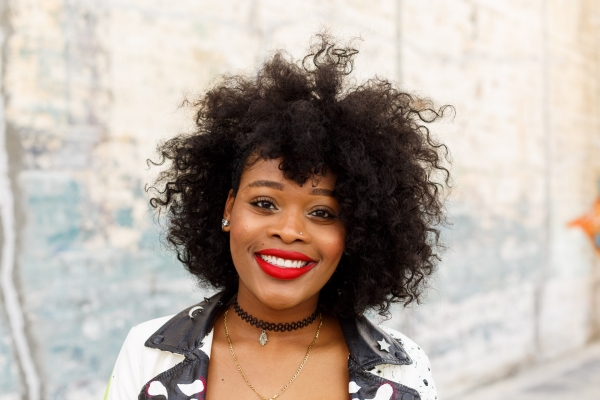 Her story: Sydnor, 21, was introduced to fashion early on; her parents dressed her in style when they went to church. She's still stylish. Sydnor wears Prada tortoise-shell glasses with floral accents and wide frames. She graduated with a 4.0 average and was named the Darden College of Education's Outstanding Fashion Merchandising Student.

Her plans: To get a master's in business industry and work in trend analysis. She's already written an article for Fashion Advantage magazine titled "The Textile Industry Gets into the Green Scene." In it, Sydnor argues that "sustainable fabrics," such as bamboo and hemp, offer plenty of benefits, including taking up less space, being gentle on sensitive skin and even exhibiting anti-bacterial properties.

Her business: Last fall Sydnor launched Unlmtd Xpressions, where she paints designs - from fraternity and sorority symbols to flowers - on such items as jackets, hats and T-shirts. She also adds stones, jewels and spikes to merchandise, as well as patches and holes, to provide "a chic and fashionable look."

How she gave back: For the service-learning requirement at the Honors College, she developed a feasibility study for ForKids, an organization that combats homelessness, to create a garden where children would grow fruits and vegetables. That experience made Sydnor realize "You have to be grateful and blessed about what's given to you and live in the now."

Sydnor's reputation: "Her work is so detailed; she takes everything to the next level, like what you would expect of a graduate student," said Sharon Davis, program leader and senior lecturer for fashion merchandising. "She's completed several internships, and all of the coordinators will come back and tell me she's extremely reliable and dedicated; she multitasks so effectively and can handle any workload that they present her." 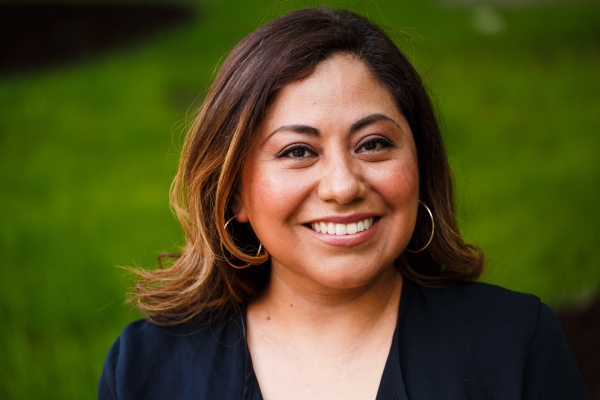 Her journey: She loved school as a child in California. "I was always the child who annoyingly asked why and why and why." But a high school counselor's goof-up doomed her application to San Diego State. Years later, she received two associate's degrees from Tidewater Community College and enrolled at Old Dominion in 2014. She graduated in December with a 3.82 average.

Her favorite Honors College benefits: Extended checkout times for books - and the support of the dean, David Metzger: "He is the one who helped me and encouraged me to be where I am today."

On the extracurricular side: Wilcox, 40, did a lot. She helped Hispanic student groups and the Department of World Languages & Cultures work together more closely. At Samaritan House, she led an eight-week parenting class, offering mothers alternatives to corporal punishment. She also participated in ODU's Women's Institute for Leadership Development. There, she learned "how to talk to people and how to listen instead of just saying, 'Why aren't you speaking up?'"

On Old Dominion: "Through my studies, I found my identity as a bicultural, bilingual woman, and I essentially found my voice."

The next steps: She plans to pursue an M.B.A. or master's degree in social work. She's still juggling lots of activities - working as a part-time assistant at the CIVIC Leadership Institute, where she had participated in the CIVIC Scholars Program, and volunteering at the American Red Cross and the Navy's Fleet & Family Support Center.

Wilcox's reputation: "Maria took full advantage of every CIVIC Scholars Program session and attended every event we made available to the Scholars - all while balancing the last semester of her senior year and a family," said Elizabeth Rubi, manager of the CIVIC Scholars Program. CIVIC's outreach efforts create mentoring relationships between students and Hampton Roads executives to build students' community engagement and leadership skills. "Maria is an incredible woman - intrepid, friendly and hardworking."