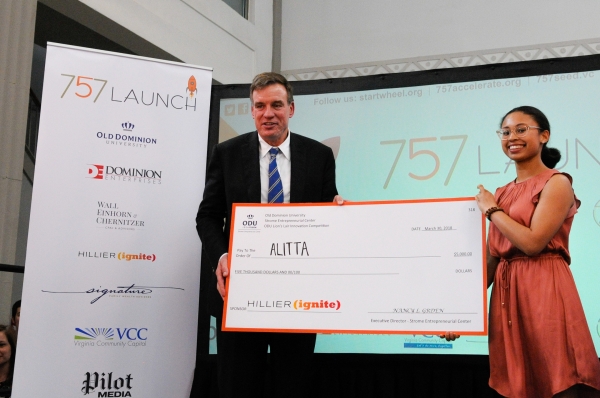 Sophia O'Neal (right) is pictured with U.S. Senator Mark Warner (left) as she receives an award check for her company Alitta. 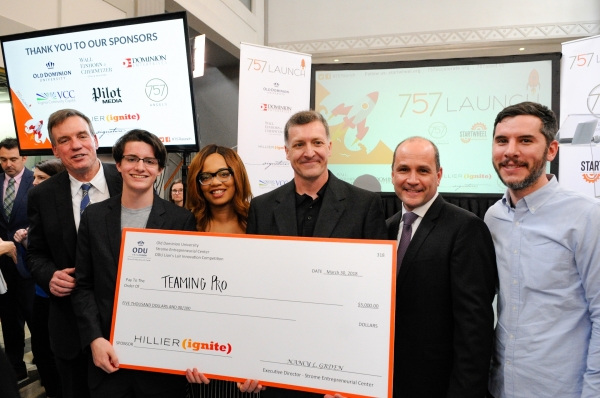 The final round of Old Dominion University's 2018 Lion's Lair Innovation Competition was held in conjunction with the introduction of three new programs aimed to boost Hampton Roads startup companies at the Selden Market in Norfolk on March 30.

The new programs are StartWheel.org, a website designed to connect entrepreneurs with resources in the community; 757 Accelerate, a three-month mentorship class, and 757 Seed Fund, which provides money for businesses that are beyond the idea stage but not ripe for venture capital.

The 2018 Lion's Lair award winners were:

"I learned a lot from my previous business," she said. "With Alitta, l see myself going forward. It's been wonderful to see the growth. I think this is the one."

"We're excited about momentum that's building throughout Hampton Roads, and we owe a lot of it to you, our entrepreneurs and business leaders," Alexander said.

"If you go behind the Ted Constant Convocation Center on Monarch Way, you will see what we believe is the first retail store in the country that's composed of only student entrepreneur products," Broderick told the crowd. "You will see a no better example of how entrepreneurial-based education and culture is leading to world-class innovation right here in Hampton Roads."

Warner said, "Business entrepreneurship is about spirit and opportunity." He told the crowd about his failure with two businesses before striking a home run with the former cell phone giant, Nextel. 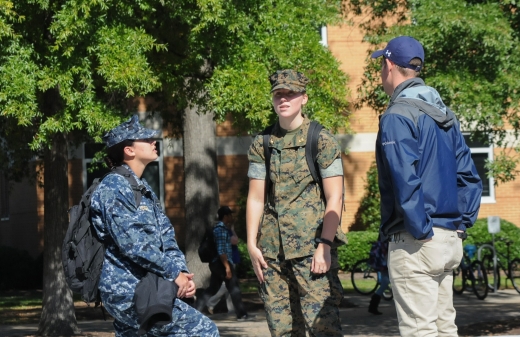 The center, which is a partner in the American Job Center Network, will feature services provided by about 25 organizations, including Old Dominion University. (More) 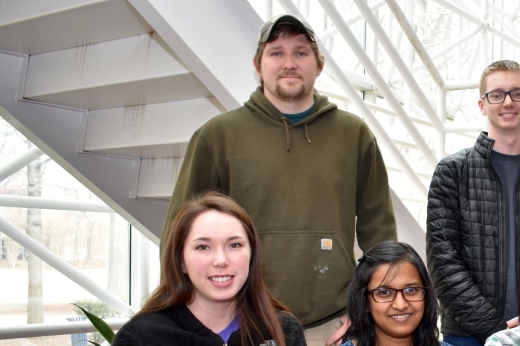 Using a filter with a substance called biochar, the ODU team is researching a natural, cost-effective method for filtering poisonous heavy metals from water. (More) 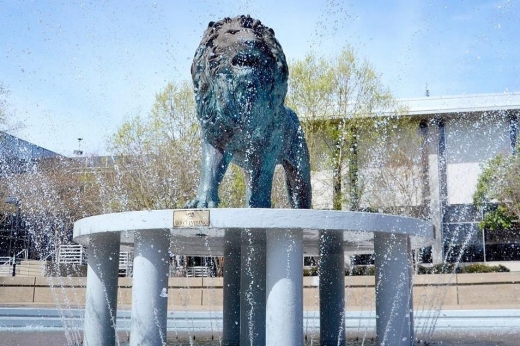 Seven faculty members will join the four previous classes of Entsminger Fellows in a shared effort to develop an entrepreneurial culture in University curricula, research and student-focused initiatives. (More)