Steve Yetiv, an Internationally-recognized Expert in the Geo-Politics of Oil, has Died at 53 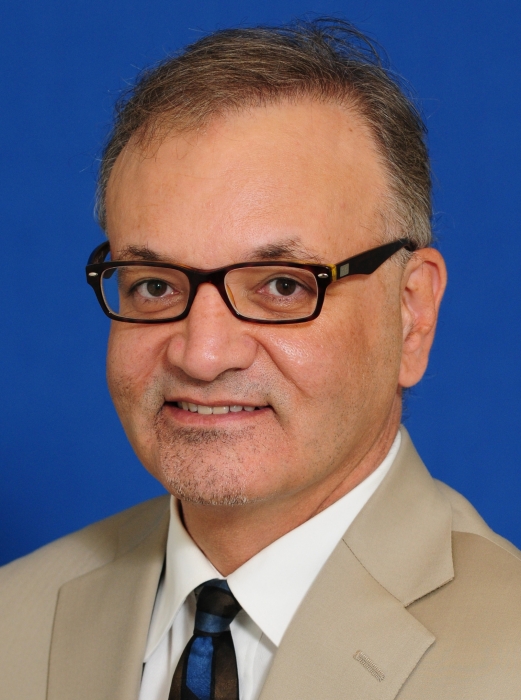 Steve Yetiv, Old Dominion University's Louis I. Jaffe Professor of International Relations, died March 21 at the age of 53. Yetiv's widely respected expertise on the global oil industry made him a popular interview subject for major media outlets around the world.

Yetiv suffered a heart attack Feb. 25 and was treated at Sentara Norfolk General Hospital. A private funeral ceremony was held March 23. He is survived by a brother, Jack Yetiv, of Houston, Texas.

"Steve's death leaves the Old Dominion University community saddened to suddenly be without a long-valued friend and colleague," President John R. Broderick said. "The world has lost a prominent voice for the challenging politics of oil production and consumption that have shaped our global society. The University extends its sympathies to his brother, Jack."

To honor Yetiv's life and more than 25 years at ODU, a memorial service and blood drive will be held in Webb University Center on 49th Street.

The blood drive will be Monday April 9 from 10 a.m. to 4 p.m. in the Hampton/Newport News Room. Registration is required to participate. To schedule an appointment, call 1-800-733-2767 (Red Cross) or visit redcrossblood.org and enter "Monarchs."

In addition, a memorial service will take place Tuesday April 24 at 6 p.m. in Chandler Recital Hall in the Diehn Center for the Performing Arts on 49th Street.

In addition to teaching courses at Old Dominion, Yetiv was a prolific author. He wrote, or co-wrote, a number of books, including "Myths of the Oil Boom: American National Security in the Global Energy Market." That earned him a guest spot on a 2015 British Broadcasting Corporation newscast, where he discussed Britain's bombing of eastern Syria oil fields controlled by the terror group ISIS.

His last book, "Challenged Hegemony: The United States, China and Russia in the Persian Gulf," which he co-wrote with long-time collaborator Katerina Oskarsson, who received her doctorate from ODU, was published this year.

In January, Yetiv said he had a book under review that used 25 indicators to trace the past, present and future of oil as a global resource. He said he was interested in the subject because so much is influenced by oil, including climate change, the power of energy-rich nations like Russia, terrorism, war and stock markets around the world.

Yetiv appeared on CNN, CNBC, CSPAN and NPR. He wrote more than 250 essays and editorials for major publications such as The New York Times, the Washington Post, Los Angeles Times, the International Herald Tribune, the Christian Science Monitor, USA Today and The Globe and Mail in Canada.

Jonathan Leib, chair of the Department of Political Science and Geography, said Yetiv "was that rare individual - a world-class scholar, outstanding teacher and mentor - and a great person."

He was a "pillar" in the Graduate Program in International Studies, said Regina Karp, director of the program.

"His colleagues and students enjoyed his enthusiasm for research and teaching, his kind and easy manner, and his humor," she said. "He leaves an extraordinary hole in all our lives. His legacy is profound and precious."

Austin Jersild, chair of the Department of History, said Yetiv loved to work.

"Steve had the rare ability to ask questions against the grain, always exploring problems and assumptions in new ways," he said. "He was endlessly curious about people and their motivations. I will miss him quite a bit."

Betty Rose Facer, a master lecturer in the Department of World Languages and Culture, said she and Yetiv were close friends for more than a decade and shared an "epic journey" full of playful jokes and witty comebacks.

"I learned a great deal from Steve over the years," she said. "It was a joy to be part of such positive energy, generosity, attentiveness, support and absolute brilliance. I'm blessed to have had him in my life, and I am forever changed for the better because of it."

Alexander Bochdansky, an associate professor in Ocean, Earth & Atmospheric Sciences, said he and Yetiv met in 2004 through a mutual friend and became close friends through their mutual interest in environmental and energy issues.

"We talked about everything," Bochdansky said. "It was clear to me he also appreciated the environmental sciences. He was an incredibly good listener and had a fantastic memory. You could talk about anything, and it would come back at some point. It's very hard to find listeners like that. He had opinions and was stubborn in many ways, but he never discounted another perspective."