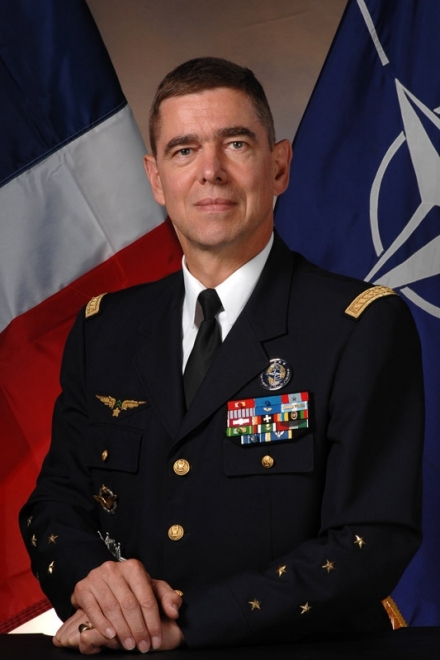 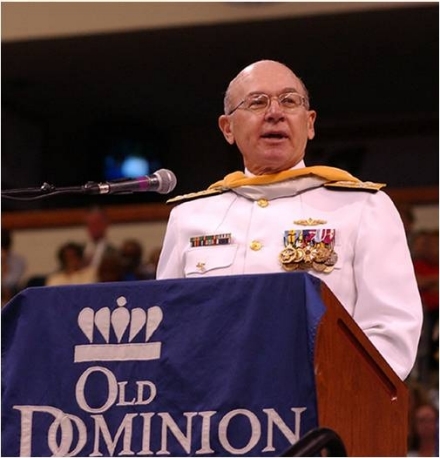 Admiral Vernon E. Clark was the Chief of Naval Operations (CNO) in the United States Navy. He retired 22 July 2005, making his tenure of five years the second-longest serving CNO behind Arleigh Burke. He currently sits on the board of directors of Raytheon and SRI International.

Admiral William J. Fallon retired from the U.S. Navy in 2008 after a distinguished 40-year career of military and strategic leadership. He has led U.S. and allied forces in eight separate commands and played a leadership role in military and diplomatic matters at the highest levels of government.

Admiral Fallon was awarded the Doctor of Science, Honoris Causa in 2010

Lieutenant General Kathleen Gainey graduated in 1978 from ODU with a bachelor's degree in Special Education and was commissioned through Army ROTC in the Transportation Corps. She is currently serving as the Director for Logistics, The J-4 for the Joint Staff at the Pentagon. Prior to this assignment she served as the Commanding General, Military Surface Deployment and Distribution Command and as the Deputy Chief of Staff, Resources and Sustainment, Multi-National Force-Iraq OPERATION IRAQI FREEDOM, Iraq.

Admiral Gehman received his honorary doctorate of science degree from Old Dominion University in December of 1999.

Giambastiani is a former vice chairman of the Joint Chiefs of Staff, the nation's second-highest ranking military officer. During a 37-year naval career, Giambastiani was the first director of strategy and concepts at the Doctrine Command and led several submarine and anti-submarine commands. In these roles, he supported the creation of an Old Dominion University master's degree devised specifically for Navy nuclear-qualified officers, to be delivered by asynchronous technologies above and below the ocean's surface.

Admiral Giambastiani received his honorary doctorate of science degree in 2007.

Griffin, commanding general of the U.S. Army Materiel Command headquartered at Fort Belvoir, graduated from Old Dominion University in 1969 with a bachelor of science degree in business management. As commanding general, Griffin directs a workforce of 50,000 military and civilian employees, located in 45 states and 38 countries, whose missions range from the development of sophisticated weapons systems and research to the maintenance and distribution of spare parts worldwide. Prior to his current assignment, he was the Army's deputy chief of staff.

General Griffin was awarded his honorary doctorate of science degree in 2007.

ODU is a military friendly institution with a supportive academic team that facilitates degree attainment, including recognition of military experiences.

Monarchs and pride are inseparable! Learn about some of the traditions and pride that drive that ODU Monarch spirit.