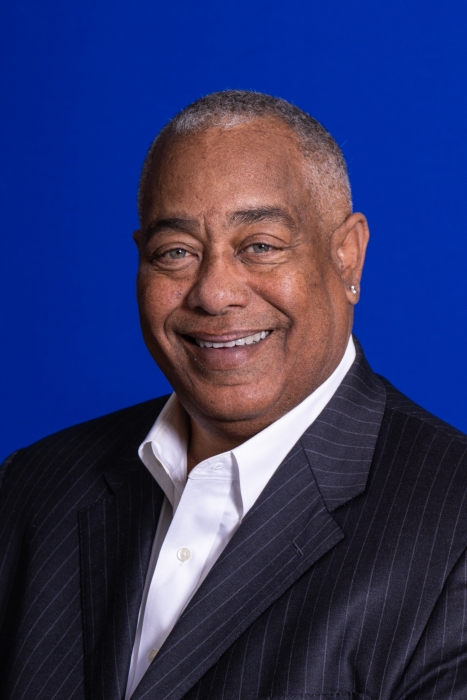 Maurice D. Slaughter was appointed to the Old Dominion University Board of Visitors on July 1, 2017 by Governor Terry McAuliffe and was reappointed to second four-year term on July 1, 2021 by Governor Ralph Northam. He currently serves on the Athletics and Student Enhancement & Engagement Committees, and as Vice Chair of the Administration & Finance Committee.

A native of Baton Rouge, Louisiana, Slaughter received a bachelor's degree in Computer Science with a minor in Business Administration from Southern University and a master's degree in Finance from Clark Atlanta University.

Slaughter's entire work career reflects his entrepreneurial spirit, recognized at an early age, to engage in developing new ideas and businesses. He is currently Chairman & Chief Executive Officer of MS Family Enterprises, Inc., and President of FNO, Inc., a real estate management company specializing in the restoration and management of historical properties in New Orleans, Louisiana. Current projects are the rehabilitation of an apartment complex damaged by Hurricane Katrina and the restoration of a mixed-use property which will feature an art gallery intended for local artists to exhibit their work. He is also the recipient of the "Golden Hammer Award" from the City of New Orleans and the Historical District Landmark Commission's "Gold Award."

Prior to being a Principle Dealer with Harley-Davidson, Slaughter owned and operated a Burger King franchise in Kansas City, Missouri. He later pursued Toyota, starting with a very successful career working for Southeast Toyota Distributors' Dealer Development Department, which led to an opportunity as a minority partner of Pensacola Toyota in Pensacola, Florida.

Maurice is a proud member of the Norfolk Chapter of the Guardsmen and the Virginia Beach/Chesapeake Chapter of the Kappa Alpha Psi Fraternity. He serves on the Board of Directors at BB&T Bank and the Portsmouth Partnership. He also served as a Board of Trustees' Member and Secretary of the Old Dominion University Educational Foundation. He was recently appointed to the Virginia Motor Vehicle Board and in 2016, was listed in Savoy Magazine as one of the "Top 100 African Americans in Corporate America."

Maurice and his wife, Cynthia, reside in Chesapeake with their two children, Will and Tiara.