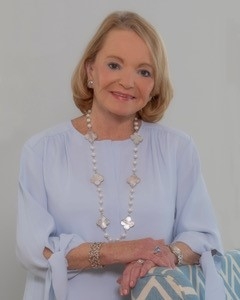 Kay A. Kemper was appointed to the Old Dominion University Board of Visitors on July 1, 2016 by Governor Terry McAuliffe, and was reappointed to a second four-year term on July 1, 2020 by Governor Ralph Northam. She served as Rector of the Board from July 1, 2020 through July 15, 2021. She also served as Vice Rector from 2018-2020 and as chair of the Athletics Committee. She currently serves as a member of the Academic & Research, Athletics , and University Advancement Committees.

Kemper holds a Bachelor of Arts Degree in English from the College of William and Mary. She also earned a Master of Public Administration in Public Policy Analysis from Old Dominion University.

Kemper is the former President and founder of Kemper Consulting. As President, she was instrumental in positioning the firm as a recognized leader in local and state government relations. Prior to founding Kemper Consulting, Kemper served as the first female Vice President in the history of Old Dominion University. In her capacity as Vice President for Institutional Advancement, she was responsible for all external relations including the Virginia General Assembly, the Hampton Roads community and the University's alumni and donors. She was also responsible for all University events and publications. Kemper earned a reputation for honesty and integrity among the members of the legislature from both political parties.

Kemper has a strong commitment to the Hampton Roads community and the Commonwealth of Virginia. She is a Past President of the Downtown Norfolk Rotary Club, the largest Rotary Club in Rotary District 7600, and was the first woman in the history of the club to hold that position. She was a member of the Executive Committee of the Greater Norfolk Corporation and Board of Directors of The Williams School and the CIVIC Leadership Institute. She has been the recipient of many awards, including the Pioneer of the Year from the Outstanding Professional Women of Hampton Roads and the Women of Distinction Award from the YWCA of South Hampton Roads. Kemper also received the Port Champion from the Virginia Maritime Association.

Kemper has served on the Board of Directors of the United Way of South Hampton Roads, the Hampton Roads Chamber of Commerce, the YMCA of South Hampton Roads, the Downtown Norfolk Association, the Virginia Living Museum, the Children's Hospital of The King's Daughters, the Norfolk Convention and Visitors Bureau, Virginia Beach Vision, and OpSail 2000. She was the founding Executive Director of the CIVIC Leadership Institute and a member of the Vestry at Christ and Saint Luke's Episcopal Church where she also served as Senior Warden.