In 1966, Margaret Simmons becomes the first African American student to earn a degree - a master's in English - from Old Dominion. 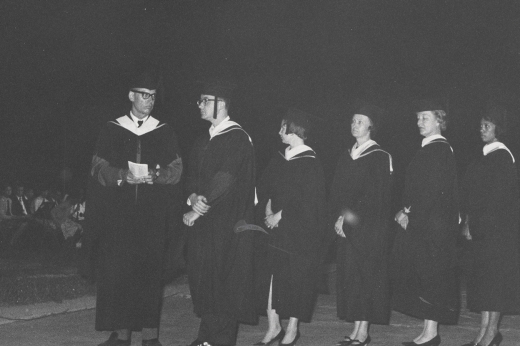 The first students to be awarded Masters degrees at the 1966 Commencement Exercises. (Click on image to view full photo) 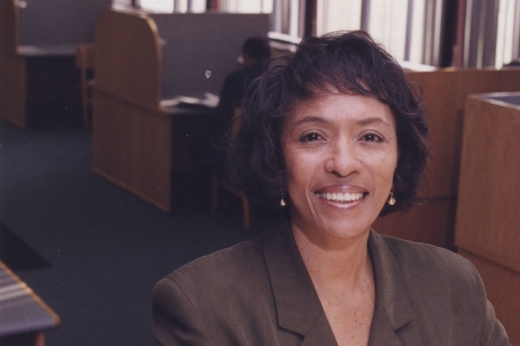 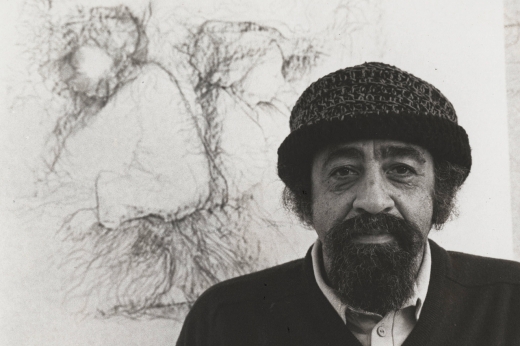 Alexander Brooks “A. B.” Jackson began teaching in the Art department in 1967 as the school's first black faculty member. (Click on image to view full photo)

Charles Burgess served ODU in various capacities since 1955: professor, first Dean of Graduate Studies, Vice President and Provost for Academic Affairs, and Dean of Arts and Letters. In his 2010 oral history he discusses integration at ODU, including the hiring of A. B. Jackson. 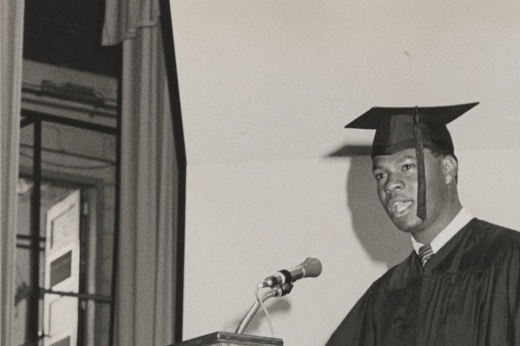 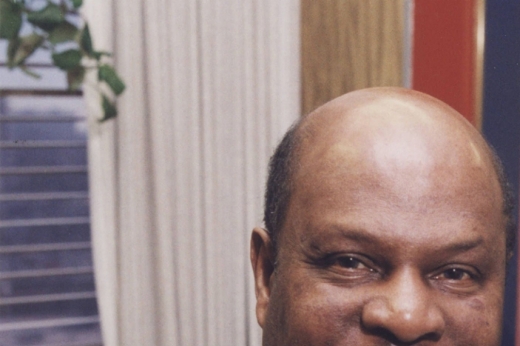 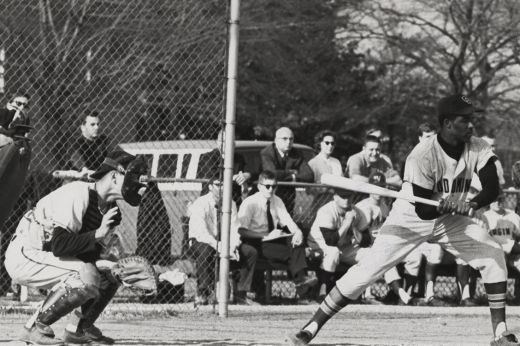 Speakes excelled at baseball as well. (Click on image to view full photo)

According to Coach Bud Metheny: "Buttons" was one of the finest athletes that I've ever had or been associated with. His contribution to the team that year just couldn't be measured. He was just a tremendous person. He played well on the field, he hit, he ran, he hustled, he did everything that a coach could ask. And as a result he is one of our better players over the years. - Arthur "Bud" Metheny, interviewed May 29, 1975

Norman Pollock taught history at ODU from 1964 through 1998. In a 1999 interview, Norman Pollock discusses the ODU campus during the time of the civil rights movement.

The Women's Center opens in 1976. Among the first of its kind in the country, it focuses initially on serving older women returning to school.

For more information about the history of the Women's Center, Women's Studies, athletics, and other women's activities on campus, visit the Women at ODU digital exhibit. 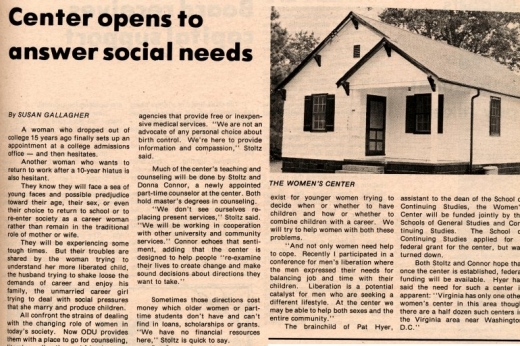 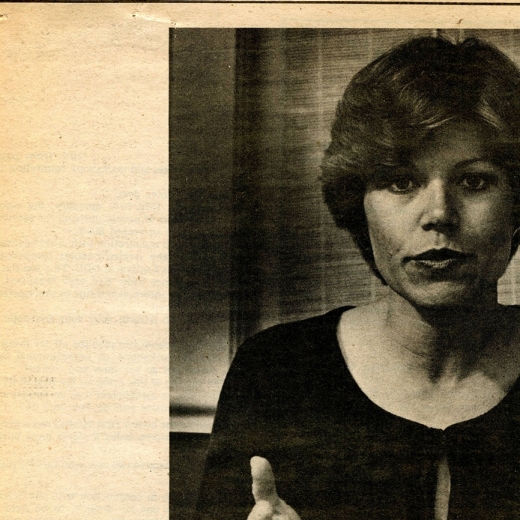 1980 article provides an overview of the Old Dominion University's Women's Center and a brief biographical sketch of the 1977 Women's Center's director, Julie White. (Click on image to view full article). [Julie Dodd served as director for 30 years until her retirement in 2012.]

Alfred Rollins served as president of ODU from 1976-1985. In a 1999 interview, he discusses his recollections about women's programs at ODU.

A year later, the first Women's Studies Program in Virginia debuts. Carolyn Rhodes coordinates the program in its pilot year and its early success leads to a permanent program in 1978. 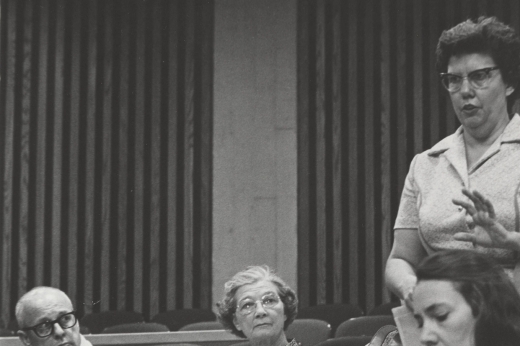 Carolyn Rhodes speaking at a Faculty Senate meeting regarding Title IX, in 1976. (Click on image to view full photo) 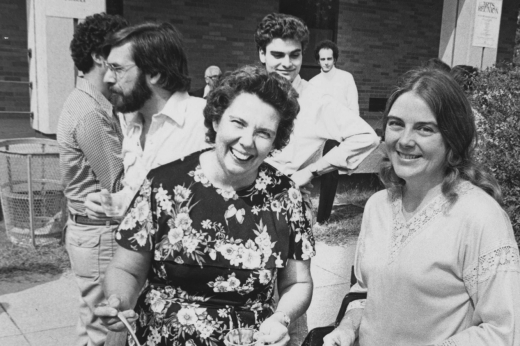 Carolyn Rhodes and Nancy Bazin at the 1978 Arts Reunion (which became the Annual Literary Festival). While Carolyn Rhodes served as coordinator of the Women's Studies pilot program, Nancy Bazin was the first official director, hired in 1978. (Click on image to view full photo)

Firsts in Women and Minority Appointments

Dorothy Doumar is appointed as Old Dominion's first female rector in 1978. A member of the Board of Visitors since 1972, she continues to serve until 1983. Her history-making year as rector is followed in 1979 by the appointment of Ulysses V. Spiva as the university's first African American dean (Education) and the appointment of Betty Diener as the first female dean (Business). Roseann Runte, ODU's first female president, leads the university from 2001 to 2008. 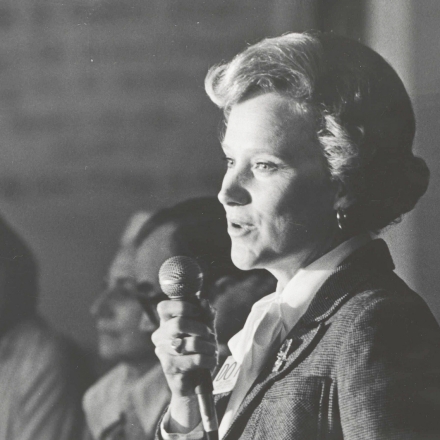 Board of Visitors Rector, Dorothy Doumar, speaking at a university event in the 1980s. (Click on image to view full photo) 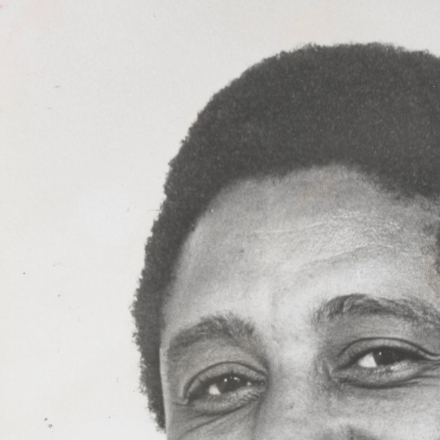 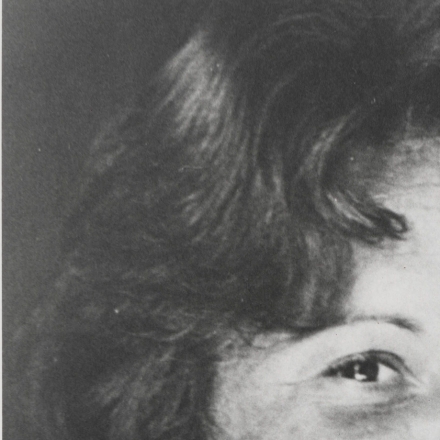 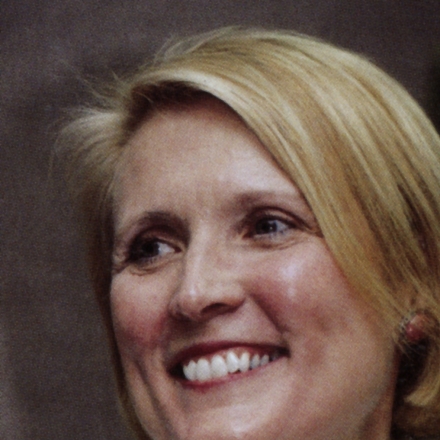 In 1992, Old Dominion establishes the Lambert's Point Summer Programs, offering educational, recreational and employment opportunities to children from the nearby, low-income Lambert's Point neighborhood. Founded by Cecelia Tucker, ODU's director of community relations, the program has reached out to approximately 3,400 children since its inception. This program was further expanded in 2014 through a partnership with the Life Enrichment Center to expand the reach of this program to the greater community and prevent the "summer slide" in students' academic performance over the summer break. 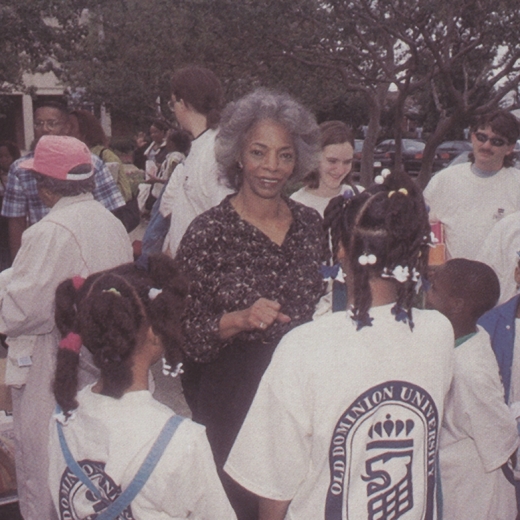 Cecelia Tucker visits with youngsters in the Lambert's Point Summer Program as they gather for a bus trip to Busch Gardens. (Click to read the article from ODU Magazine Fall 1999, page 11.)

President Koch hired Cecelia Tucker in 1991 partly to heal ODU's relationships with the African American community and local neighborhoods. In a 2009 interview, Cecelia Tucker discusses the beginnings of the Lambert's Point program. 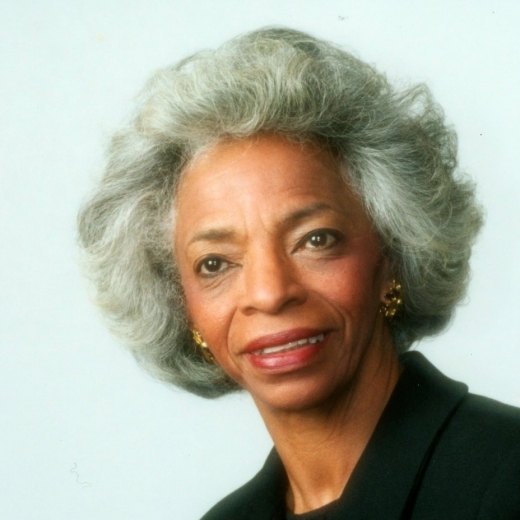 Most of the oral histories and digital materials are from the University Libraries' Special Collections and University Archives. See Resources. 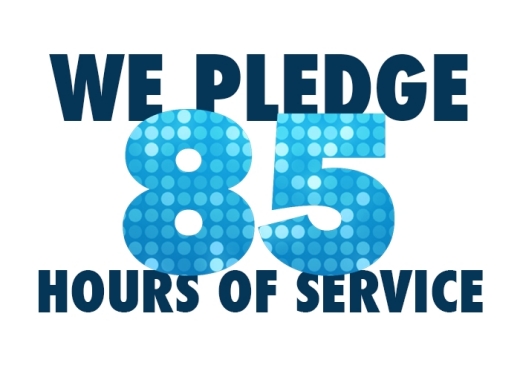 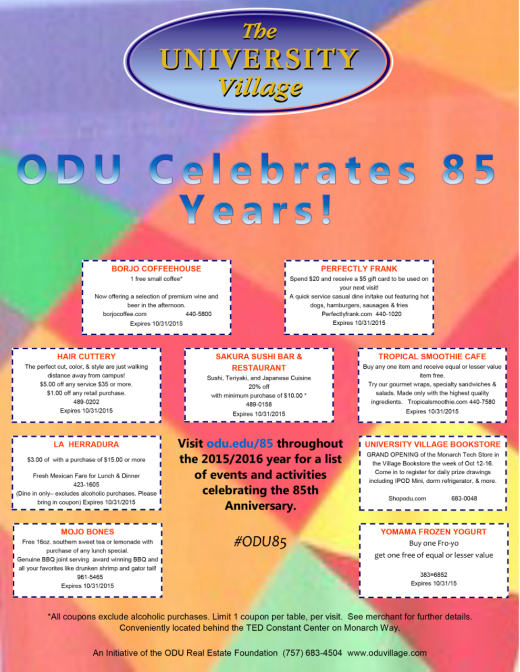